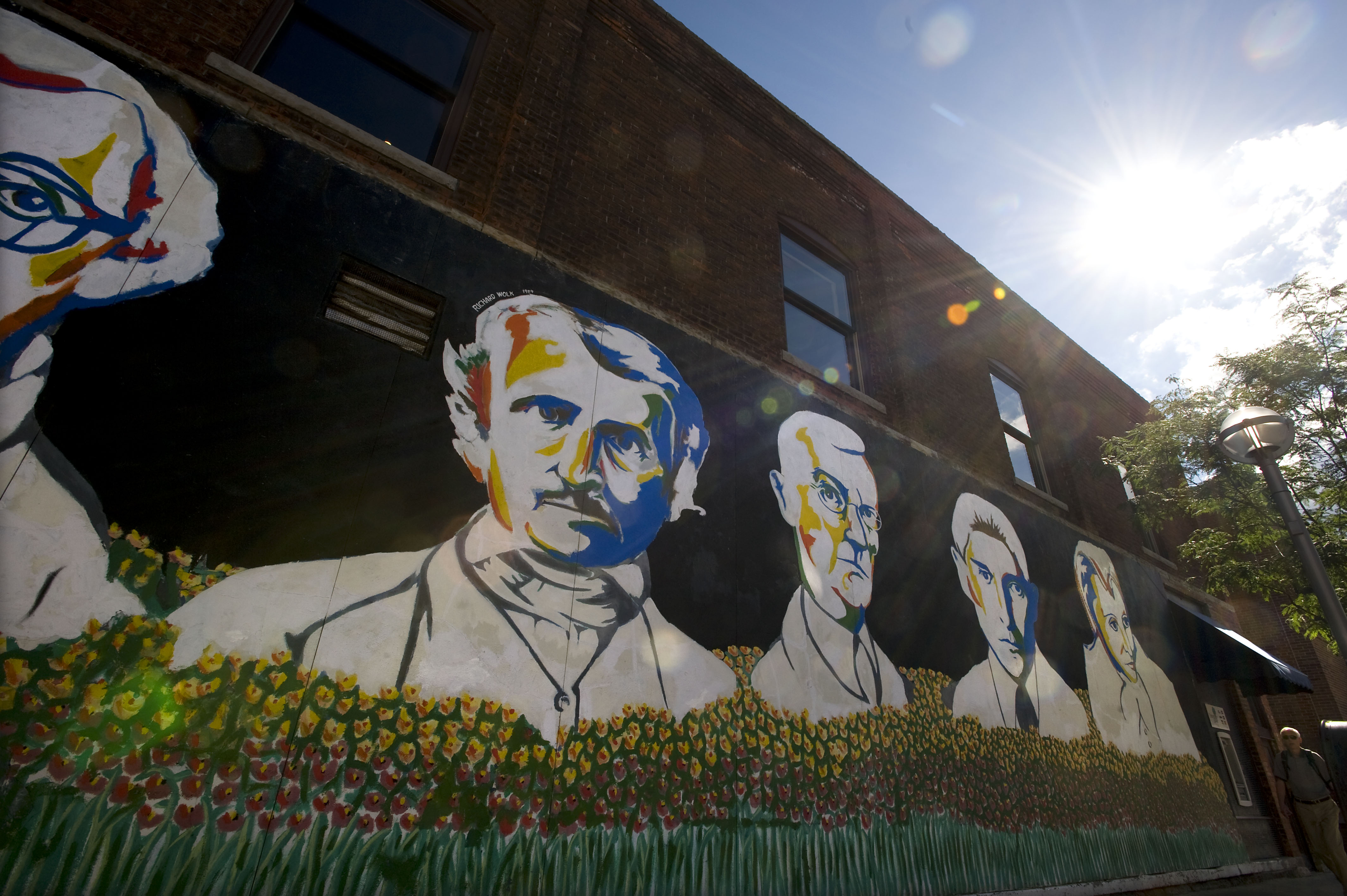 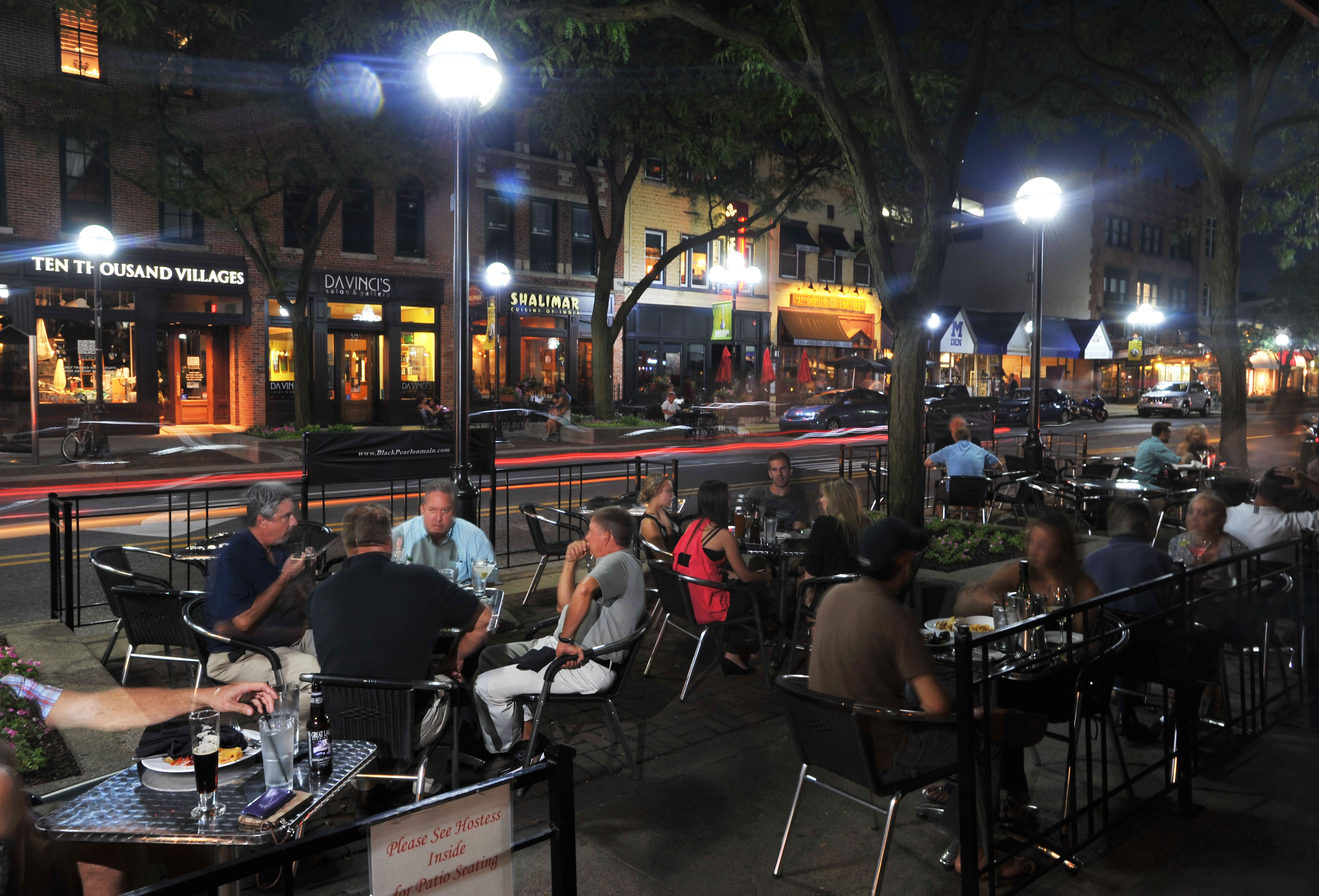 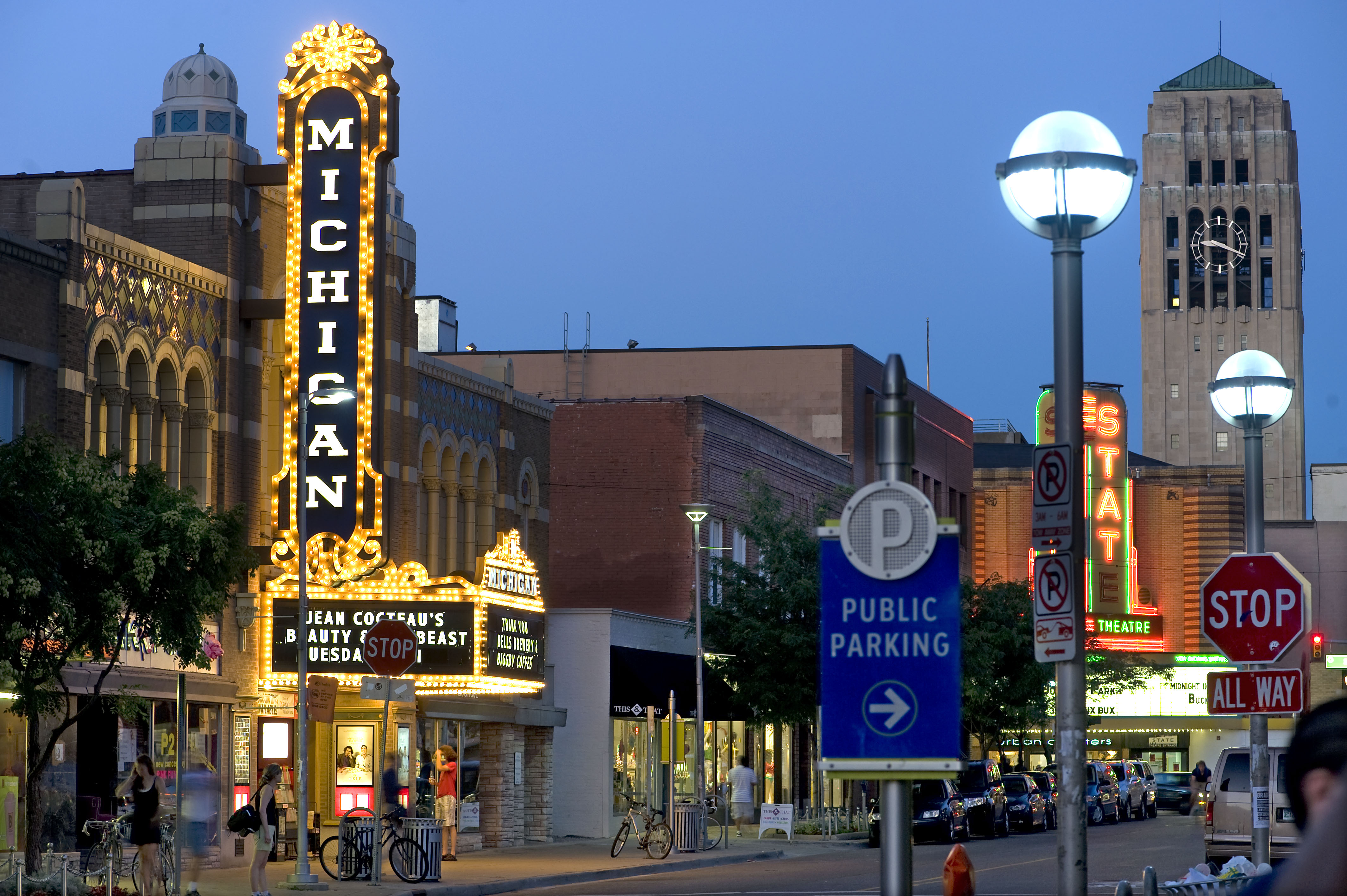 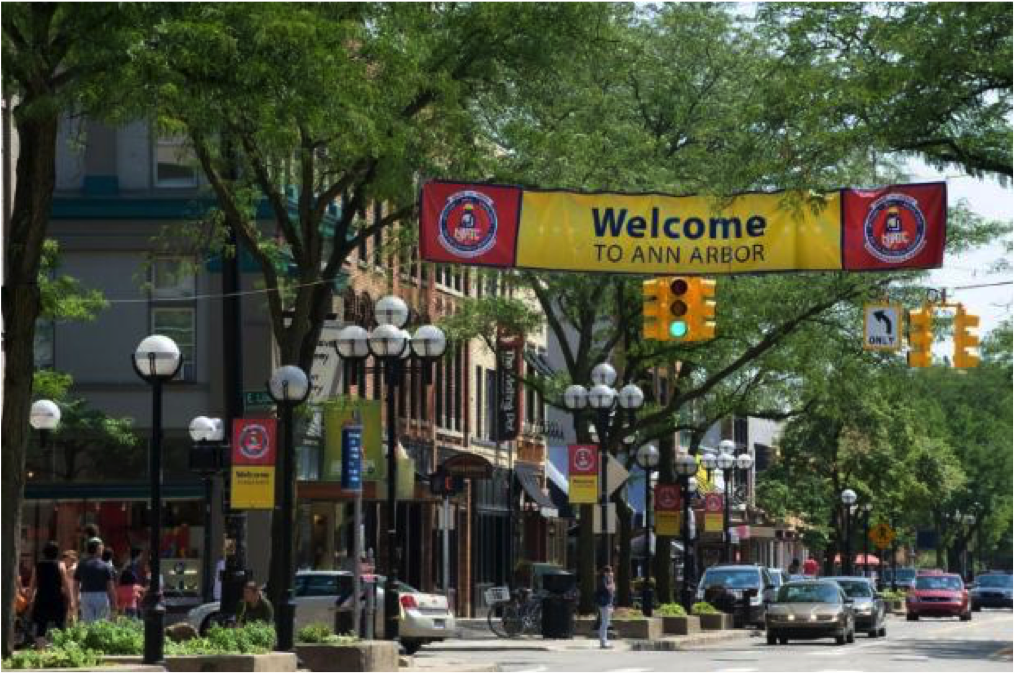 The Ann Arbor area is a place like no other. Exceptional restaurants, independent shops, eclectic art galleries, eccentric festivals, and more — all anchored by the historic University of Michigan — make this town truly stand alone. But Ann Arbor’s magic lies equally with its people and the vibe that extends from them. Everyone there applies artistry to what they do — whether a university researcher, a jewelry maker, or a restaurant sommelier.

Ranked as one of the coolest cities in the Midwest, Ann Arbor is the quintessential college town with accolades such as Top 10 College Town and Best Midwest Food Destination. There’s so much to experience from the historic University of Michigan campus to one of America’s Best Main Streets. Some of the area’s must-see attractions include Zingerman’s Deli, the University of Michigan football stadium (also known as ‘The Big House’), the Purple Rose Theatre, the Museum of Modern Art, and the landmark Michigan Theater.

Ann Arbor is conveniently located in the southeast corner of Michigan’s Lower Peninsula, near all major expressways and just 25 miles from Detroit Metropolitan Airport, which offers nonstop flights all over the country and the globe. It’s very accessible via direct flights and quick access by car. More information is available on our travel page.

Michigan is a state in the Great Lakes and Midwestern regions of the United States. The state’s name, Michigan, is of French origins – mishigamaa, meaning “large water” or “large lake”. Michigan is the tenth most populous of the 50 United States, with the 11th most extensive total area, and the largest state by total area east of the Mississippi River. Michigan’s capital is Lansing, and its largest city is Detroit.

Michigan is the only state to consist of two peninsulas. The Lower Peninsula, to which the name Michigan was originally applied, is often noted to be shaped like a mitten. The Upper Peninsula (often referred to as “the U.P.”) is separated from the Lower Peninsula by the Straits of Mackinac, a five-mile (8 km) channel that joins Lake Huron to Lake Michigan. The two peninsulas are connected by the Mackinac Bridge. The state has the longest freshwater coastline of any political subdivision in the world, being bounded by four of the five Great Lakes, plus Lake Saint Clair. As a result, it is one of the leading U.S. states for recreational boating. Michigan also has 64,980 inland lakes and ponds. A person in the state is never more than six miles (9.7 km) from a natural water source or more than 85 miles (137 km) from a Great Lakes shoreline.

Although Michigan has come to develop a diverse economy, it is widely known as the center of the U.S. automotive industry, being home to the country’s three major automobile companies (whose headquarters are all within the Detroit metropolitan area). While sparsely populated, the Upper Peninsula is important for tourism thanks to its abundance of natural resources, while the Lower Peninsula is a center of manufacturing, services, and high-tech industry. Charlevoix, Petosky area and the Upper Peninsula are poplar tourist destinations. For more information on things to do in Michigan please visit http://www.michigan.org/. 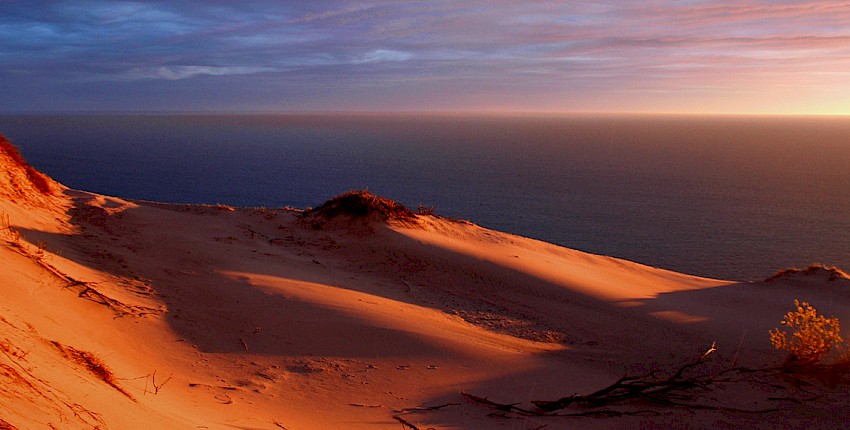 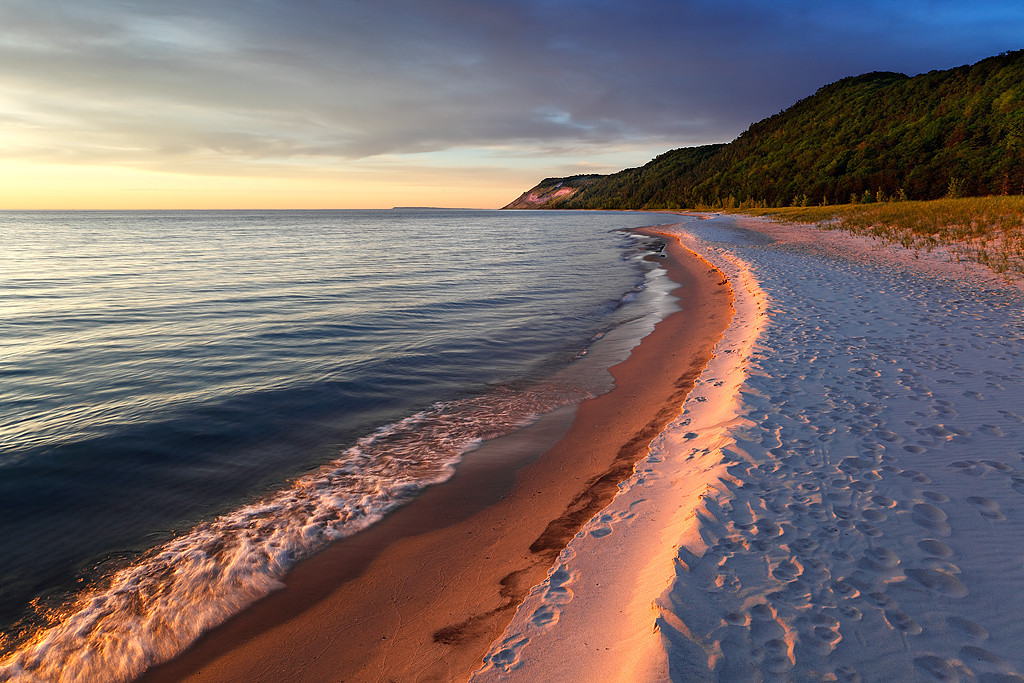 Michigan is a fantastic place to take a summer vacation. Here’s a great resource with ideas for relaxing trips to beautiful, unique experiences in the region: https://www.michigan.org/summer